Candles are a great way to not only decorate your home but to also make sure the area smells great. With so many different types and scents of candles available now, it can be hard to choose which type is the best for you: regular candles vs soy candles. Keep reading to find out which candle is better both for you and your home.

Many people know the normal dangers of lighting candles, like forgetting to put them out before you sleep or knocking them over. That being said, fire is not the only danger of using regular, paraffin candles.

Paraffin candles are actually a big source of indoor air pollution, almost as bad as second-hand smoke from cigarettes. Burning paraffin wax creates highly toxic chemicals called benzene and toluene which are both known to be carcinogens, a substance that can form cancer. The toxins in paraffin candles are actually the same as toxins found in diesel fuel fumes from trucks and diesel cars.

Not only is the paraffin wax in candles an issue, but so is the wick. Some paraffin candle wick’s contain lead which becomes airborne when burned. Exposure to lead can cause anemia, weakness, and kidney and brain damage. Even burning paraffin candles with a lead wick for a few hours can produce an unacceptable amount of lead in the air.

Paraffin candles are also typically scented, meaning there are also artificial scents and dyes added to the paraffin wax. This means more chemicals like Acetone, Phenol, Cresol, and Cyclopentene will be released into the air. Some of these chemicals are also found in paint and varnish removers. This means that exposure in small doses is okay, but burning paraffin candles constantly and exposing yourself to these toxins is not good for your body.

Lastly, paraffin candles also release black soot. This black soot is the same type that comes out of diesel automobiles which is what is as dangerous as second-hand smoke. The fumes and soot have been known to cause tumors in the kidneys and livers in animals that were exposed to it.

Humans can also get headaches from the soot or eventually develop lung cancer since the candle soot is so similar to the smoke from cigarettes. Paraffin wax soot has also been known to cause asthma or to worsen the condition.

With all the drawbacks of paraffin wax like soot and chemicals, burning a soy candle may be a better option for you.

Since soy wax is softer and has a lower melting point than paraffin wax, soy candles typically come in a jar or container. Soy wax can be formed into a pillar candle, but need extra additives. Ultimately, it’s better to just buy a soy wax candle in a glass jar so you don’t get extra additives, and then you have a cute, decorative candle jar that can be reused once the old wax is removed.

Another great benefit of soy candles is that they produce no soot vs the soot producing paraffin wax. Soy wax candles are non-toxic and burn clean, meaning no black soot in your home or in your lungs. This makes soy wax safe for people with asthma and allergies as they won’t be inhaling any black soot from the burning soy wax. No soot from the soy wax also means the air quality in your home is clean and safe for your families unlike with paraffin wax.

Have you ever had a candle tip over and spill wax everywhere? If this has happened to you with a paraffin candle, you know how hard it is to clean up the wax. This is because paraffin wax is not biodegradable or water-soluble, making it harder to clean up. Soy wax, on the other hand, is biodegradable and water-soluble. So, if you spill your soy wax candle, you can easily clean up the mess with soap and water.

Many people worry about losing their favorite scents if they make the switch to soy wax candles, but soy wax actually has a better scent throw. The scent throw is the fragrance that a candle releases when it is cold versus when it is lit and hot. Paraffin wax tends to release an overpowering, unnatural scent while soy wax releases a more natural scent and can be scented with your favorite essential oils to make the scent stronger.

Soy wax is typically better for the environment than paraffin wax since soy is a natural and renewable resource. Buying soy wax candles is, in turn, great for soy farmers. The United States is the number one producer of soy in the world, so buying a soy candle is good for the environment and helps to support your local soy farmers.

When choosing a soy candle, there are still lots of aspects and ingredients to consider. Most soy candles come in a natural, cream color to avoid any extra additives. That being said, some soy wax may be dyed certain colors that can contain toxic compounds. If you want a colored candle, make sure it is made with safe, natural dye.

Similarly, make sure your candle has a safe wick as some are cored with metal like lead which we discussed earlier. Wicks made of hemp or cotton are the best option as they produce no pollutants, so they are safe to burn. Don’t forget to keep an eye out for wicks that are not burning properly or are too long. This can be solved by trimming your wick to ⅛” which will keep your candle burning evenly.

There are a lot of benefits to soy candles, but one of the biggest ones is that they are vegan. Some candles are made from beeswax from the hives of bees. Some, like the tallow we discussed earlier, come from animal fat and unfortunately some are made of wax from sperm whales and dolphins. Soy, however, is completely vegan as the wax does not require any animal products like fat or beeswax in their production or use.

So, soy wax is great for your health, animals’ health, and also your budget. They are the most beneficial candle in the long run since they burn slower, they last longer. This means although they are more expensive than paraffin up front, you won’t have to buy soy candles as often (unless you really want to).

As soy wax becomes more popular, many different brands carry them in various sizes. They are typically available in the following sizes: pillars (6 oz), tea lights, votives (3 oz), and 10-inch tapers. On average, the different sizes all have the following burn times but don’t forget to trim your wick to prolong the burn time.

These scents and many more are available both in most candle stores and online. 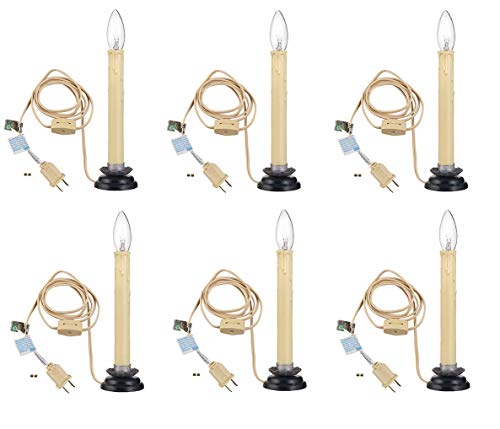