A Yahrzeit, sometimes spelled as yahrtzeit candle, is an important item in the religion of Judaism. The Yahrzeit candle is a Jewish memorial candle, used on the anniversary of their death to remember a loved one (typically a spouse or immediate family member) who passed away. Yahrzeit candles are usually made of paraffin wax, but what other alternatives are there?

What are Yahrzeit Candles Used For?

Jewish people believe that when a person dies, their soul departs, leaving a dark void in the world. The soul candle is lit to bring back the light and to memorialize their Jewish loved one. Jewish people also believe that the soul of the dead will rejoice and derive joy from the light.

Not only is the candle used in memorial of family members and during Yom Kippur, but it is also lit on Jewish holidays, including Shemini Atzeret, the final day of Pesach and Shavuot. During shiva, a week-long mourning period for Jewish relatives who have passed away, a larger yahrzeit candle is burned for seven days.

The use of Yahrzeit candles is a popular item that is ingrained in Jewish life. Even Jewish people who are not devout will still follow the custom of lighting the candle and saying a Jewish Yahrzeit prayer to honor a loved one or in remembrance like at Yom Kippur.

What are Yahrzeit Candles Made of?

Like most candles, Yahrzeit ones are made of paraffin wax. They are traditionally made of beeswax, but beeswax items are expensive products. So, many Jewish people tend to use paraffin ones now. Paraffin wax is a solid, colorless, odorless, and tasteless material derived from petroleum. Many people don’t know, but there are a lot of safety concerns with using paraffin wax.

The main concern with using any normal candle with a flame is knocking it over or leaving it lit for too long, starting a fire. In the United States, 10% of civilian injuries and 6% of deaths occur from fires started by candles. This is especially a concern with a yahrzeit candle as they stay lit for over 24 hours. But, that is not the only health and safety concern with candles.

If you are using a paraffin wax Yahrzeit candle indoors, it can actually pollute your air. The toxins and soot that come out of paraffin candles are almost as bad as inhaling second-hand smoke from cigarettes. This is because burning paraffin wax creates chemicals called benzene and toluene, known as cancer-forming toxins, also known as carcinogens.

If you’ve ever burned a candle, especially for a long time, you may have noticed black smoke coming from it. This is called black soot, and it is typically released when burning paraffin candles. This black soot is the same type of smoke that comes out of diesel automobiles.

The toxins and soot caused by burning paraffin wax have been known to cause tumors in the kidneys and livers in animals that were exposed to it. Humans can also get headaches from the soot or eventually develop lung cancer since the candle soot is so similar to the smoke from cigarettes. Paraffin wax soot has also been known to cause asthma or to worsen the condition.

Though these chemicals and soot would require a person to be exposed for a long time before they see any health issues, if you are burning a paraffin wax, multiple times a year for entire 24-hour periods and sometimes even a week at a time, that is quite a lot of exposure. So, is it worth the risk?

Although Jewish people have used oil lamps or typical candles in the past, like the paraffin or beeswax ones, the safety concern it caused as it was constantly burning in people’s homes grew hard to ignore. Today, some Jewish people will use a different item, an electric yahrzeit candle that plugs into the wall or is battery powered as an alternative.

Many Jewish people are worried about not using a traditional item like the paraffin or beeswax candles in their memorial services, but electrical products are okay to use. Using electricity instead of candles with fire has a lot of practical benefits. The first being that your home will be safe from potential fires and toxins.

Although the candle is an electric item, it will still be decorative and have the same inscription on it that a regular candle would. Typically the inscription is Ner Neshama – soul candle or the word “memory” inscribed in English with the Hebrew word “Yizkor” as well.

If you are a potential customer who wants to order an electric candle, you may want to know the other benefits of using electric items. The good news is, there are plenty of benefits and great customer reviews for electric items.

As most electric items with a light use LED technology, so does an electric candle. The benefit of LED over typical lightbulbs is that an LED light will not get too hot, even with constant use. This means that using electricity like this candle is safe for any customer to use around their home, and even if children or pets accidentally knock the item over, a fire will not be started, simply pick the item back up!

Another benefit to electric items like the Yahrzeit candle is that you can use it anywhere, indoor or out. As the candle can also be used outdoors on a family member’s grave, there is always the threat of it being blown out by the wind even with a protective case. However, the LED light cannot be blown out and will stay lit for your family for more than 24 hours.

It can also be used indoors in places other than your homes like the hospital or a synagogue where you may not be allowed to light a real flame. These are also places that are at a bigger threat of fire as a customer will not be around constantly to monitor the candle. Using electricity instead means that these precious areas will be safe.

Some people may be worried that an electric candle won’t look as realistic, but plenty of customer reviews have stated that the flame will flicker to mimic the look of a real candle. So, electric candles are safe and still look great! They can also be fancier and decorated nicer than regular ones as they will be kept for a long time.

When lighting a candle, especially for a long time, you may notice wax dripping everywhere. Wax, especially paraffin wax, can be hard to remove even with a lot of scrubbing and may leave a stain on your furniture. This won’t happen with electricity-powered products. All you need to do is turn it on, leave it lit for 24 hours, and put it away for future use.

Electric candles are also healthy in a sense. While paraffin wax contains toxins, dye, and unnatural scents, electrical products don’t contain any of this. Since they don’t produce a flame, they don’t produce smoke. This ensures that your home and family are kept safe from any toxins. You no longer need to constantly monitor your candle to ensure the smoke is not in reach of lighting anything on fire or leaving black marks on your walls or ceilings.

Lastly, electric candles are becoming more advanced. We have moved on from using oil lamps to paraffin wax and beeswax to using electricity, and the technology continues to advance. Electric candles can now come with timers so they will automatically shut off at a specified time. Going to sleep with your candle lit is no longer an issue. You can leave it on all night and either turn it off yourself or set your timer to turn it off after 24 hours.

As a Yahrzeit candle needs to be constantly lit for at least twenty-four hours, they often pose a serious fire threat. That is the biggest benefit to using an electric version as they can be lit for hours, but not get too hot or cause a fire if they fall or smoke too much. This also means that this item can be used anywhere, even in sensitive areas like a hospital or outdoors without fear of being blown out.

A battery-powered candle is also safer as no toxins or chemicals will be released as they are when burning paraffin wax. This includes dangerous black soot that can affect your lungs and trigger asthma or allergies. With constant burning, a paraffin wax candle could endanger you and your family, so an electric Yahrzewit candle is a better option.

It may seem less authentic to some Jewish people, but a battery-powered Yahrzeit candle is acceptable to use and can seem very realistic with a flickering light to mimic the flame. If you want to continue using a regular candle, however, soy or beeswax are healthier than paraffin.

Electric candles are a great option as they can last a lifetime, especially with the limited amount of daily use a yahrzeit candle will get. A typical electric candle can last around 100,000 hours which is over 4000 days of constant, 24-hour use. So, even though yahrzeit candles need to be burned day and night, sometimes even for a week, these will last many holidays and anniversaries rather than having to buy a new one every time.

The only upkeep needed is to change the battery since a typical AA battery will only last around 450 hours. If you get rechargeable batteries, you will just need to charge or change your batteries and continue using your candle. This means you will save money as well as you do not need to constantly keep buying a new item every anniversary and Jewish holiday.

As yahrzeit candles typically do not typically have scents, even when made with paraffin wax, the electric versions are unscented as well.

Placing an order for an electric candle has never been easier. If you couldn’t find one in a specialty religious store, don’t worry! There are plenty of online vendors for a customer to choose from. The benefit of placing an order online is that there are plenty of customer reviews you can read to ensure you’re getting the perfect product. Order an electric Yahrzeit candle for your home today! 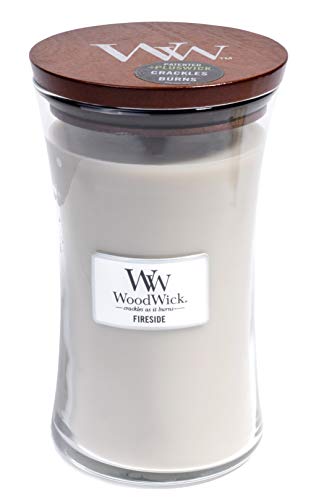 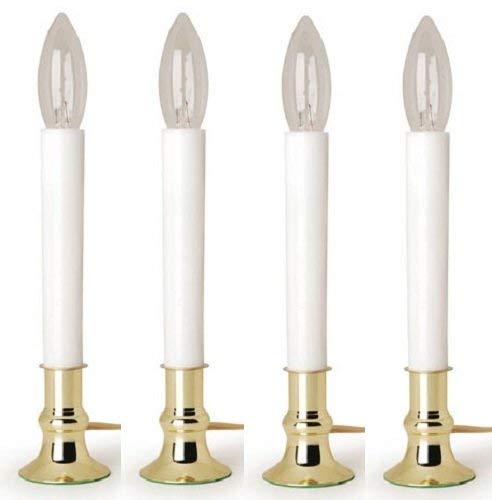